Tryon Concert Association is looking forward to presenting another stellar array of world-class artists during our 68th Season. 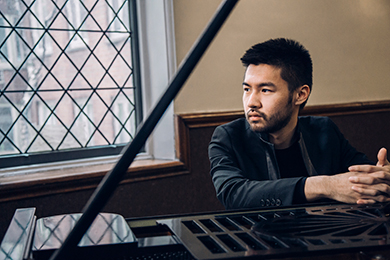 Conrad Tao is a leader of the new generation of classical musicians. Pianist and composer, he gave his first recital at age four. Since then, he has received awards and accolades and continues to astonish audiences. He composes between performances and finds time to collaborate with his contemporaries in music and dance, experimenting as he goes.

Tao was a prodigy from age eighteen months when, after hearing his sister play during a lesson, he began to pick out melodies on the family’s piano. He moved with his family from his birthplace in the Midwest to Manhattan when he was nine and first began to play professionally when he was eleven.

He has been commissioned to write compositions by the New York Philharmonic and the Hong Kong Philharmonic. Listed on the New York Times Best Classical Music Performances list in 2017 and 2018, he composed for dancer Caleb Teicher and earned a place on the paper’s 2018 Best Dance list as well. Tao made his Carnegie Hall debut in November 2019 – barefoot. His performance may be the first of its kind for Tryon. 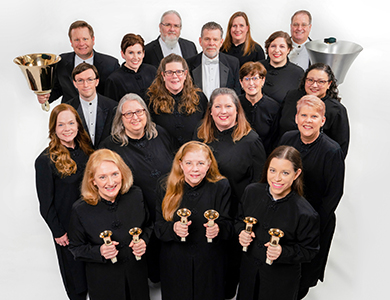 The Raleigh Ringers is an internationally acclaimed, advanced community handbell choir based in Raleigh, North Carolina. Since its founding in 1990, The Raleigh Ringers has been dazzling concert audiences with unique interpretations of sacred, secular, and popular music, including famous rock ‘n’ roll tunes arranged just for handbells. The Raleigh Ringers promotes the art of handbell ringing by presenting entertaining performances of handbell music to the widest possible audience, commissioning composers to create works for advanced handbell choirs, supporting and encouraging fellow handbell musicians, and offering educational opportunities through classes and event sponsorship.

Under the direction of David M. Harris, one of the founders, The Raleigh Ringers has released seven CDs, and two DVDs. The ensemble has performed in 39 states, the District of Columbia, Canada, England, and France.

The Raleigh Ringers uses the most extensive collection of handbells and bell-like instruments owned by a single performing group in the world. The current grand total is 35 octaves composed of 377 individual pieces of equipment. The group uses bells by Malmark, White Chapel, Schulmerich, Petit and Fritsen, and J. C. Deagan.

“Dedication, innovation, joy—here are three nouns that can easily be used in the same breath with ‘Raleigh Ringers.’” (Our State Magazine, “Lords of the Ring”) 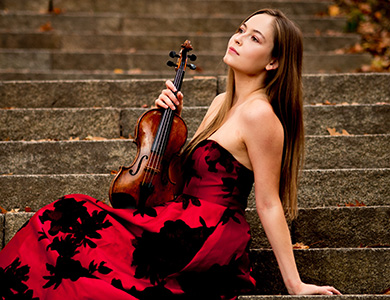 Geneva Lewis has been hailed as a young musician of “consummate artistry whose performances speak from and to the heart.” Her awards and achievements are outstanding. Her most recent include Grand Prize winner of the 2020 Concert Artists Guild Competition, an Avery Fisher Career Grant in 2021, and, in 2022, the Borletti-Buitoni Trust award.

Lewis made her solo debut at age eleven with the Pasadena Symphony and since then has performed with prestigious orchestras such as the Orpheus Chamber Orchestra, Auckland Philharmonia, and the Duluth Superior Symphony Orchestra. In recitals, recent and upcoming appearances include London’s Wigmore Hall, The Concertgebouw, Emory University, and Purdue Convocations.

Lauded for the “remarkable mastery of her instrument” (CVNC) and hailed as “clearly one to watch” (Musical America), Lewis has become an outstanding performer who has appeared with Glenn Dicterow, Ida Kavafian, Miriam Fried, and Mitsuko Uchida. She will appear in Tryon with pianist Evren Ozel. 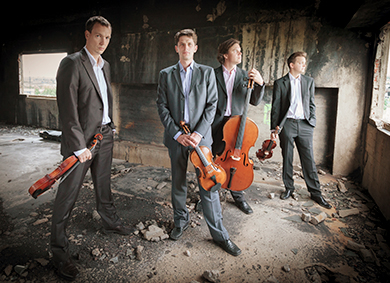 The Bennewitz Quartet was founded in 1998 by four young Czech musicians studying at the Academy of Performing Arts in Prague. Since then, this fine ensemble has distinguished itself as one of the premiere string quartets in the world. In 2005, the group won the Osaka International Music Competition and, in 2008, the Prémio Paolo Borciani in Italy. Critics have acclaimed Bennewitz performances in superlatives.

The quartet is named after Antonín Bennewitz, violinist and director of a music conservatory in Prague, who is credited with the establishment of the Czech school of violin. The ensemble’s members are Jakub Fišer, 1st violin, Štěpán Ježek, 2nd violin, Jiří Pinkas, viola, and Štěpán Doležal, violoncello. 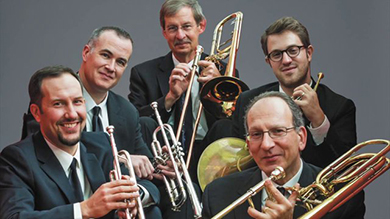 Known as the “high priests of brass,” the American Brass Quintet has performed around the world and across the United States at many prestigious venues. Known for playing a wide range of music, they are accomplished in early, classical, and contemporary compositions. They play with assurance, technical prowess, and bravura.

From its first performance in 1960, ABQ has dedicated itself to playing music composed specifically for brass ensemble. The group has commissioned works by composers such as William Bolcom, Jacob Druckman, and Billy Childs that are considered significant contributions to the brass quintet repertoire. Their extensive discography is highlighted by their 50th anniversary release of eleven new works for brass.

Committed to music education, the ensemble has been Ensemble-in-Residence at The Juilliard School since 1987 and at the Aspen Music Festival and School since 1970. In 2013, ABQ was awarded Chamber Music America’s Highest Honor, the Richard J. Bogomolny Award. The group currently consists of Louis Hanzlik, Kevin Cobb, Eric Reed, Michael Powell, and John Rojak.