Academy of St Martin in the Fields
Wind Ensemble

Tryon Concert Association is looking forward to presenting another stellar array of world-class artists during our 67th Season.

The world-renowned Takács Quartet is now entering its forty-seventh season with Edward Dusinberre and Harumi Rhodes (violins), Richard O’Neill (viola) and András Fejér (cello). This season marks the world premiere of a new quartet written for the Takács by Stephen Hough (one of TCA’s artists in 2018), Les Six Rencontres. The Takács will record this extraordinary work for Hyperion Records, in combination with quartets by Ravel and Dutilleux.

The quartet has enjoyed an extraordinary journey since its founding in 1975 by four Hungarian students at the Franz Liszt Academy in Budapest. The members are now fêted as “arguably the greatest string quartet in the world” (The Guardian, May 2018).

The Takács affirms the power of the string quartet to foster communication and cooperation across cultures, nationalities, and generations.

This year the quartet’s schedule of concerts will take the group around the globe, performing at major chamber music series throughout North America. 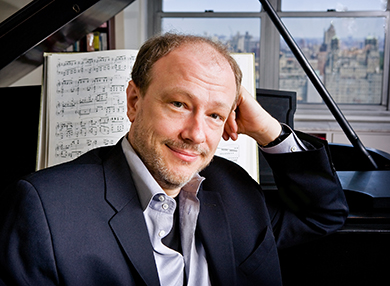 Pianist Marc-André Hamelin is known worldwide for his unrivalled blend of consummate musicianship and brilliant technique in the great works of the established repertoire, as well as for his intrepid exploration of the rarities of the 19th, 20th, and 21st centuries – in concert and on disc. Having begun his piano studies at the age of 5, he studied at the École de musique Vincent-d’Indy in Montreal, then at Temple University in Philadelphia.

He was a distinguished member of the jury of the 15th Van Cliburn Piano Competition in 2017 where each of the 30 competitors in the preliminary round performed one of his compositions, the first time the composer of the commissioned work was also a member of the jury.

He was honored with the 2014 ECHO Klassik Instrumentalist of the Year (Piano) and Disc of the Year by Diapason Magazine and Classica Magazine for his three-disc set of Busoni: Late Piano Music. An album of his own compositions, Hamelin: Études, received a 2010 Grammy nomination and a first prize from the German Record Critics’ Association.

Born in Montreal, Marc-André Hamelin is the recipient of a lifetime achievement award from the German Record Critics Association. He is an Officer of the Order of Canada, a Chevalier de l’Ordre du Québec, and a member of the Royal Society of Canada.

The New York Times called him “A performer of near superhuman technical prowess.” 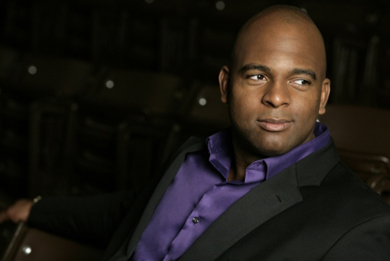 Ryan Speedo Green fell for opera at age fourteen after seeing a Met production of Carmen. Sing for Your Life (2016), by New York Times journalist Daniel Bergner, tells the story of Mr. Green’s personal and artistic journey: from a trailer park in southeastern Virginia and time spent in Virginia’s juvenile facility of last resort to the Met stage.

Now his career is rising. He has quickly established himself as an artist of international demand at the world’s leading opera houses. Mr. Green opens the Metropolitan Opera’s 2021 – 2022 season as Uncle Paul in Terrence Blanchard’s Fire Shut up in my Bones and reprises his Grammy Award winning role of Jake in Porgy and Bess, Colline in La bohème, and sings Truffaldino in Ariadne auf Naxos, which will be broadcast as part of the Met’s Live in HD series. Mr. Green also makes his house debut with Washington National Opera as Escamillo in Carmen, directed by Francesca Zambello and conducted by music director Evan Rogister.

He received a Master of Music degree from Florida State University, a Bachelor of Music degree from the Hartt School of Music, and was a member of the Metropolitan Opera Lindemann Young Artist Development Program. He made his Metropolitan Opera debut in 2012–13 as Mandarin in Puccini’s Turandot, followed by Parsifal as a Grail Knight. In 2014–15 he sang Rambo in The Death of Klinghoffer at the Met. Green returned to the Met in 2016 as Colline in La Bohème.

Praised by Anthony Tommasini of the New York Times for his “robust voice” and Anne Midgette of The Washington Post as an artist “fully ready for a big career,” bass-baritone Ryan Speedo Green is quickly establishing himself as an artist of international demand at the world’s leading opera houses. 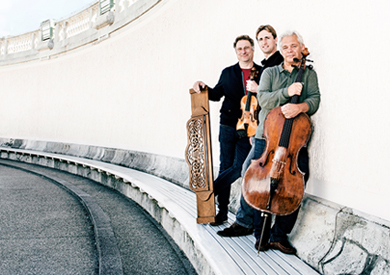 The Vienna Piano Trio’s concert with Tryon Concert Association is part of their Farewell Tour of North America. After an outstanding career as one of the world’s leading chamber music ensembles, the trio has decided to retire at the end of the 2021/22 season.

Founded in 1988 by the Viennese pianist Stefan Mendl, the trio also consists of Californian violinist David McCarroll and Austrian cellist Clemens Hagen. Together the players embody the ensemble’s continuous commitment to bridging the traditions and practice of Europe and America.

The Vienna Piano Trio has been a regular visitor to the world’s major concert halls and festivals and since 2006 has had its own subscription series at the Vienna Konzerthaus. The Trio also has an extensive prize-winning discography on the Naxos, Nimbus and MDG labels – a 2010 and 2017 Echo Klassik, and a 2020 Opus Klassik among the awards.

The Penguin Guide to Recorded Classical Music has described the ensemble’s Schubert as “outstanding in every way … true chamber-music-making by a beautifully matched team,” while its Dvořák led the Washington Post to write of “a rapport that makes the performance feel like a conversation among friends, and a high level of technical precision … an almost transcendent experience.”

Academy of St Martin in the Fields Wind Ensemble
April 18, 2022 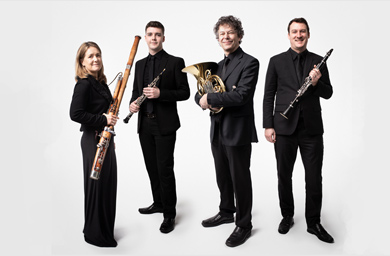 Formed by Sir Neville Marriner in 1958 from a group of leading London musicians to focus on playing Baroque music, the Academy gave its first performance in its namesake church in November 1959. The Academy of St. Martin in the Fields Chamber Ensemble was created in 1967 to tour as a string octet, string sextet, and in other configurations including winds.

Currently the Wind Ensemble is composed of James Burke, clarinet, Tom Blomfield, oboe, Julie Price, bassoon, Stephen Stirling, horn, and Simon Crawford-Phillips, piano. As well as being extraordinary chamber musicians, the artists perform as soloists and serve as teachers individually and together. Their accolades and tributes are many and illustrious.

In an ongoing cooperative spirit, the ensemble works toward the brilliantly energetic sound and high standard of musicianship which have become its hallmarks. The Wind Ensemble of the Academy of St. Martin in the Fields one of the world’s premier chamber orchestras, is renowned for its fresh, brilliant interpretations of the world’s most-loved classical music.